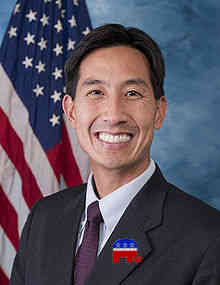 Charles Djou has kept a low profile since finishing out Abercrombie's House seat which is good for his try for HI-01 in 2014. If people knew he follows Paul Ryan's obstructive methods of reducing taxes on the 1% and gutting government programs, he might not be so attractive.

Djou is follows Paul Ryan's obstructive methods of cutting taxes for the 1% and gutting government programs. When he was on the Honolulu City Council the East Oahu Sun said,

"Djou has unleashed a constant stream of criticism and rhetoric about reducing City spending. Some of his points may sound impressive to residents concerned about property taxes and other expenses. But, when all is said and done, it's just empty posturing that accomplishes nothing. No spending cuts, no tax relief, no streamlined government. Nothing but a political resume that can claim opposition to spending taxpayers' money - even when spending is necessary."

David Shapiro, writing for the Honolulu Advertiser, had doubts given Charles Djou's support by the Teaparty Wing of the Republican party:

"But it could be a problem if it means he has to follow the Rush Limbaugh playbook the national GOP seems to be using; running on strident attacks against President Barack Obama is unlikely to win in Hawai'i."

Djou says he will "never evolve" on the issue of marriage equality and that marriage should only be between one man and one woman.

Djou went on a $2,552.95 trip to New York City at the expense of the American Legislative Exchange Council (ALEC) in 2001. ALEC is the discredited right wing organization which has pushed "Stand Your Ground" gun laws and laws to erode unions and workers' rights including opposing any increase in Minimum Wage. It creates "model legislation" to benefit multinational corporations and pushes states to adopt them.

Djou is supported by Paul Ryan's American Prosperity PAC which is dedicated to obstructing everything Obama does except go to war. Additionally it advocates privatizing Social Security and Medicare.

Djou is also supported by John Boehner's The Freedom Project PAC dedicated to Boehner's goals including shutting down the government, privatizing Social Security and Medicare, opposing immigration reform, and repealing the Affordable Care Act.  It is heavily supported by Insurance and Pharmaceutical corporations.

Djou is supported by the Koch Brothers and the gambling industry through the Conservative Opportunity Leadership & Enterprise PAC (COLE) and the John S. fund which is heavy with Pharma and Chemical donors.